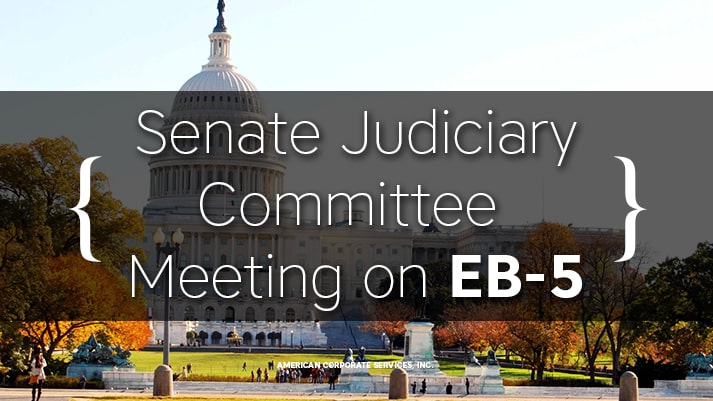 Nicholas Colucci, the head of the USCIS Immigrant Investor Program, participated in the February 2nd meeting of the Senate Judiciary Committee to discuss aspects of the EB-5 program. Among the topics he addressed were:

We are especially interested in the last point. This could bode well for the EB-5 program because these issues would be taken out of the hands of a Congress that moves at a speed that makes a snail look like an Olympic sprinter. Moving decision-making further down the chain-of-command is usually a good thing. In this case, it could mean that EB-5 reform would not have to wait on the passage of a broader immigration reform bill that is more concerned about illegal immigrants and a flood of undocumented refugees.