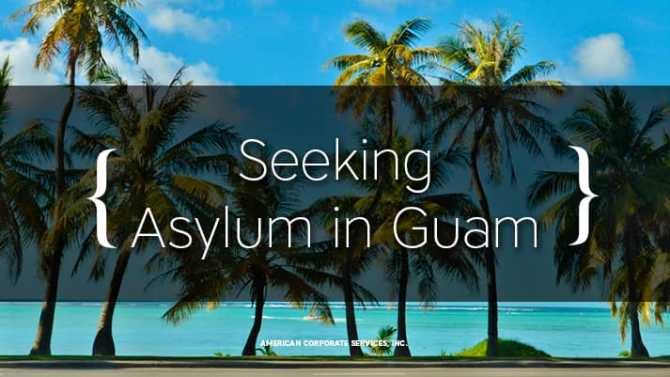 With economic and political unrest around the globe, the number of people from other countries seeking asylum in the United States is much greater than the average person might imagine.

In 2016, the U.S. immigration court and asylum systems were backlogged with more than 620,000 (cases) pending. The average processing time for persons seeking asylum in the U.S. is two to three years. As is common with human nature, some asylum seekers try to find ways around the system. Entering the U.S. through Guam is one of the shortcuts being attempted, especially for those leaving the Asian continent.

Guam Is Not a Shortcut

Since Guam is a relatively short distance from Asia and is an unincorporated U.S. territory, using it as an entry point to seek asylum seems to make sense – at least at face value. But, “all that glitters is not gold.” Attempting to use Guam as a back door to the U.S. for asylum is sure to be a major disappointment for anyone who tries to do so.

Another reason Guam seems to make sense is that citizens of Russia, China, and several other countries are permitted to travel without a visa to the Commonwealth of the Northern Marianna Islands, of which Guam is the largest. Visitors may travel throughout Guam and the CNMI for business or pleasure for up to 45 days.

The Problem with Asylum in Guam

Simply put, there is no infrastructure to handle asylum requests in Guam. Although the U.S. Citizenship and Immigration Services has a Field Office in Guam, that office is an outpost of the U.S. District 26 Office in Honolulu.

What’s more, asylum processing is done through the Los Angeles Immigration Court System. Asylum seekers on the island of Guam will find themselves in a logistical nightmare when they discover that they are not allowed to travel to the U.S. mainland until after their application for asylum has been approved.

That application process could take seven to nine years to process. That two to three times longer than originating the process through proper channels.

What Should Asylum Seekers Do?