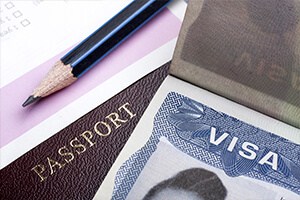 Of the U.S. employment-based, preferential visas available for foreign nationals, the EB-1C is specifically designed to expedite the transfer of executive and high level managerial staff employees to a company’s U.S. facilities and to permit those persons and their families to enter the United States as permanent residents. The specific purpose of the EB-1C visa is to promote international commerce by expediting the immigration of current high-level employees to the U.S. to enhance a company’s operations here. Unlike most visas, where individuals are the applicants, the company is the applicant for EB-1Cs.

The USCIS has established simple, but separate, eligibility guidelines for the applicant company and the employee. Since the company must already be operating internationally and in the U.S., it must be understood that the U.S. entity is the petitioner or applicant. The immigrant must have a position in which he or she manages an essential function of the business. This does not include mid-level managers or first-line supervisors.

The process itself for filing for an EB-1C is fairly simple. However, as one might expect, there is the usual abundance of documentation required to ensure timely facilitation of the process. Missing or incomplete documentation can grind the process to a halt.

Documentation is required from the applicant, its foreign entity and the transferee. It is possible that it may vary to some extent, dependent upon factors such as the size, longevity and prominence of the business.

The beneficiary transferee is typically required to submit documented evidence of education and employment indicating that he or she is qualified and eligible for the proposed position.

Both the applicant and its related foreign entity will be required to submit a range of documents including, but not limited to, articles of incorporation, organizational charts, bank statements, audited financial statements, and tax returns.

The expertise and experience of ACS Law Offices can help to ensure that all of your documentation is complete and adequate. We know where the pitfalls and obstacles are that get well-meaning companies and employees trapped in an entanglement of bureaucratic red tape. We know the way to where you want to go, and we can get you there quickly and efficiently.