The H-1B visa is granted to individuals hired as temporary employees as professionals in specialty occupations, such as accountants, computer analysts, engineers, financial analysts, scientists, architects, and lawyers. To qualify as a specialty occupation, a position must generally require a bachelor’s degree in a specific related discipline. The beneficiary must also hold the appropriate degree or its equivalent. Such an appropriate degree could have been obtained as a baccalaureate degree either from a credentialed four-year U.S. university, or from a foreign university. In the latter case, the H-1B visa petitioner must prove that the foreign university degree is equivalent to four years at a U.S. college or university. If the beneficiary has less than four years of college or university course work, a combination of actual study plus three years of work experience for each year of university education missing may be deemed equivalent to a four-year bachelor’s degree.

Start by filing a Labor Condition Application (LCA) with the USCIS. Once that is approved, your prospective employer fills out a Form I-129, Petition for Nonimmigrant Worker along with supporting documentation. The employer then files the forms and documentation with the (USCIS) Service Center in the relevant city. Once the USCIS approves the H-1B petition, a visa is issued by a U.S. consulate.

Workers who want to perform temporary services in a specialty occupation must file a H-1B petition with the following documentation: 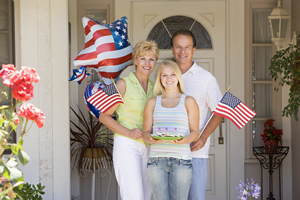 If the worker is terminated before the H-1B visa expires, the employer must provide return transportation of the worker to his or her last place of residence outside the U.S.

Duration of the H-1B Visa

H-1B visas are approved for an initial period of up to three years, however, work visas can be extended beyond that. Generally, the maximum term of an H-1B visa, including extensions, is six years, but there are exceptions in certain cases. 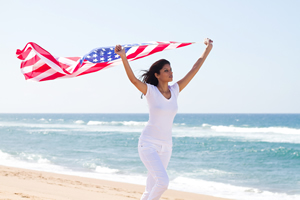 There have been major changes in H-1B visa laws and regulations. In particular, the Labor Department has recently published additional regulations under the American Competitiveness in the Twenty-First Century Act (ACWIA) which place some difficult requirements on H-1B dependent employers. However, work visa regulations also provide helpful guidance on issues affecting all employers.