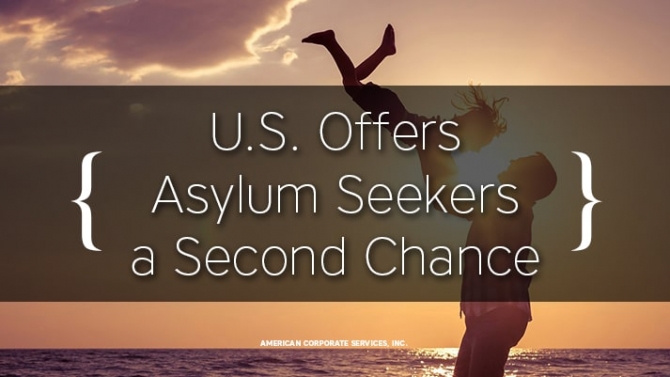 Asylum seekers at the U.S. southwest border are anxiously awaiting a District Court Judge’s approval of a settlement reached late Wednesday evening, September 12th. If approved, the agreement will open a review of more than 1,000 previously rejected asylum requests.

It is believed that a substantial number of previously rejected petitioners had been persuaded that withdrawing their bids would be the best way to have their isolated children returned to them. Many of these petitioners from Central America had been unable to convince immigration officials that they faced a credible fear of persecution or torture if forced to return to their home countries.

According to a report in USA Today, some parents have also argued that they were rushed through the asylum process by federal immigration officials, were not informed of all their legal options, and some were misled into signing away their right to apply for asylum (See Special Note below).

Under the terms of the agreement, if either the parent or a child passes the “initial credible fear interview,” the entire family will be allowed to continue through the asylum process together as a family. Even if a parent fails to pass the initial interview, he or she will be allowed to remain in the country until the child’s case has been adjudicated. If the child’s case is accepted, the parents will be accepted also.

Passing the initial interview is not a guarantee of asylum. That process could take up to two years to complete. However, during that time the applicants may live and work in the U.S.

Approval is highly likely – and could happen even before this article is published – because the Judge Dana Sabraw in San Diego is the same judge who ordered the government and the American Civil Liberties Union (ACLU) to come to an agreement on the matter on August 17th in which he ordered the government develop a streamlined process to handle immigrant families caught in this and similar situations.

It was in that previous hearing that Judge Sabraw wrote that “So much of this is really common sense and common courtesy. There shouldn’t be anything mysterious about it. It should be transparent and easy to do.”

The conditions of the settlement will allow parents to submit additional evidence and testimony to clearly establish their credible fear of returning to their home country. One attorney representing the cause of the immigrants said, “They will finally have a real chance to be heard and to secure safety and stability for themselves and their families.”

Official approval by Judge Sabraw could come as early as Friday afternoon, September 14th. Claims will be heard on a case-by-case basis.

Under the agreement, the government must allow a lawyer to represent the parents during their second interview, either in person or on the phone.”

Special Note: Do not attempt to apply for asylum without the aid of an Immigration Attorney. Had those asylum seekers had legal counsel during their first interviews, they would not have been misled into withdrawing their asylum request.


With Law Offices now open in San Diego, Immigration Attorneys from ACS Law Offices, Inc. are available to help. Please use the links below to contact us for assistance.