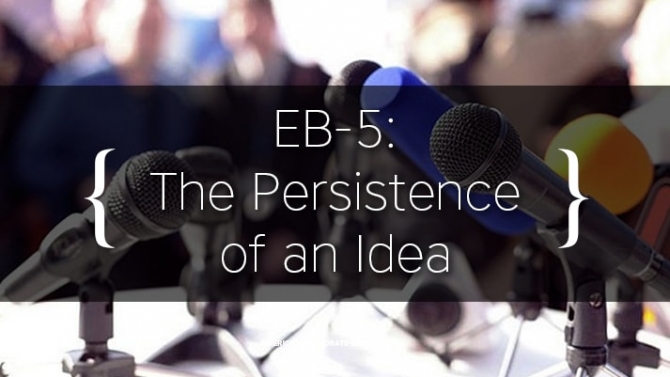 Mention EB-5 and Vermont in one sentence and at least two things come to mind.

Opponents of the EB-5 program have used the media to blow the problem project out of proportion relative to the overall program’s intent, spirit, and success. We live in a media-dominated era in which the news that gets reported is bad news. That helps to create a worldview in the largely unaware public that everything associated with bad news is also bad.

Naysayers always seem to have a cause. The common theme that binds them together is proving that something is bad and that change must be made, almost always on a larger scale. These people succeed because they are persistent. That’s EB-5 in Vermont.

A New Voice for EB-5 in Vermont

Randy Brock, the Republican candidate for the office of Lieutenant Governor of Vermont, has arisen as a new advocate for EB-5. Should he be elected, citizens should begin to see EB-5 from a different perspective. His unique background as both an investigator of white-collar crime and an investment executive have framed his philosophy of persisting with an idea. As he says, “Not just germinate, but pursue.” He is the embodiment of “Try, try, try again” being the road to success.

Whether he is elected or not, it is fair to assume that Brock will remain a strong voice for EB-5 in Vermont. He is, and will be, a persistent advocate of the good that the EB-5 program can do for his state. Things are looking up in Vermont.