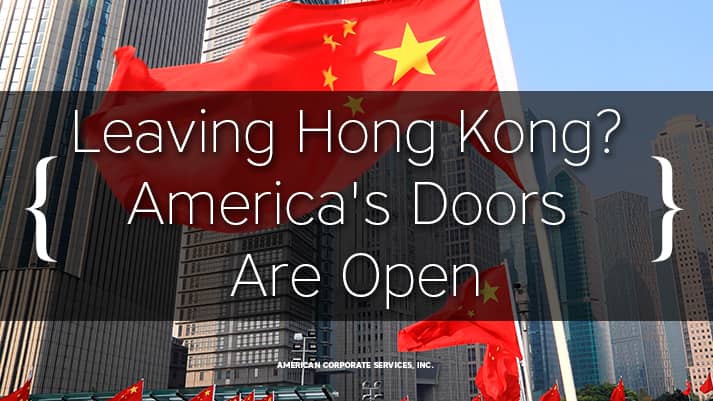 Residents of Hong Kong are understandably uncomfortable after more than three months of prolonged protests on its streets. The flashpoint is a proposed bill that would permit virtually unhindered extradition of Hong Kong citizens to mainland China for prosecution in legal cases.

The protestors appear to have made their point as movement on the bill has been suspended. However, many Hong Kong residents believe the bill signals a threat of China usurping complete authority over the former British Protectorate. If China were to invoke authoritative powers, it is almost certain that the city would become subject to the draconian social credit system.

The people of Hong Kong prize their freedom. In June, a survey revealed that nearly half of the city’s population would “consider emigration” if the extradition bill were passed. In the meantime, large numbers of residents are checking into possible avenues for immigration to other countries. Some will not wait to see if conditions worsen or improve. They want out, and they want out now.

Our Doors Are Open

Media reports about the U.S. Immigration system have been so negative that Hong Kong residents are looking to other countries like Australia and Canada.

The world is well aware that the EB-5 Investment Immigration Visa program processing is backlogged and that several of the investment rules will change on November 21.

The popularity of the EB-5 program aside, it is incorrect to assume that it is the only or the best path to immigrate to the U.S. and to do so promptly.

Experienced Immigration Attorneys know that there are many paths to immigration. Their fiduciary responsibility to foreign clients is to understand each person’s unique circumstances and to help determine the best course of action for their case.

The E-2, L-1, and EB-1A visas, for example, often offer much less processing time and much more immediate results. These visas require substantially less, if any, investment and are, therefore, lower risk than an EB-5 Investment Visa.

If you are a Hong Kong resident, we invite you to reach out to us. We will be happy to help you find your way to America. It is not as difficult as you may think. And our doors are still open to welcome you.

American Corporate Services Law Offices, Inc., is prepared to assist you and show you how we can help to make your immigration dream come true.