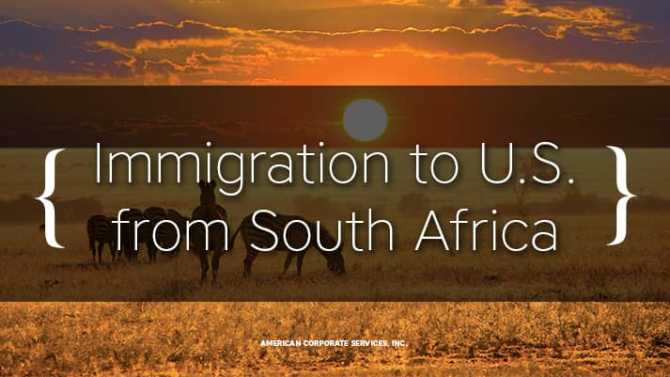 Thousands of people have signed petitions asking President Trump to open the doors for easier access for white South Africans to move to the United States.

A situation has been brewing South Africa for over two decades relative to farmlands owned by white farmers. The post-apartheid African National Congress regards the land as having been misappropriated over several hundred years of colonialism. The ANC agenda includes elements of restitution, reform, and redistribution.

Although the originally stated approach was that all land redistribution would be conducted on a willing-seller, willing-buyer basis, the ANC voted on February 27, 2018, to begin a process of expropriation without compensation. This would be akin to the U.S. government reclaiming and redistributing all white-owned land to Native Americans.

Similar attempts to right a perceived wrong in the long-ago past in other countries (see Zimbabwe) have met with disastrous results. Although official expropriation may not be implemented immediately, it would not be unreasonable to expect extremists on either side of the issue to begin taking matters into their own hands. One faction is already using inflammatory terms referring to “white minorities” who are descendants of “criminals who stole our land.” One spokesperson said that the time for reconciliation is over and that he is “not calling for the slaughter of white people – at least for now.”

The petition to President Trump asks him to “take the steps necessary to initiate an emergency immigration plan allowing white Boers to come to the United States.” (Boers, aka Afrikaners, are the descendants of Dutch, German, and Huguenot settlers.) The petitioners are hoping the president will show favor to South African applicants who can be vetted relatively easily as opposed to immigrants from war-torn Somalia.

American Corporate Services, Inc. believes that opportunities exist for South Africans to relocate to the US via the EB-5 investment immigration visa, the L-1 worker transfer visa, or the E-2 treaty investor visa programs before the situation becomes untenable. Our experts can guide hopeful immigrants to the pathway that is best suited for their individual case.

Because homicides of white, South African farmers are already extraordinarily disproportionate, some may have a legitimate case to seek Asylum in the U.S. based on the existing threat levels.

Schedule the consultation with U.S. Immigration attorney to maximize your chances of successful immigration.

Dr. Gregory Finkelson’s book, Moving Your Family to America – A Simple Guide to Business and Investment Immigration is now available on Amazon. Click on the link to order your copy now: www.Biz-Visa-USA.com.