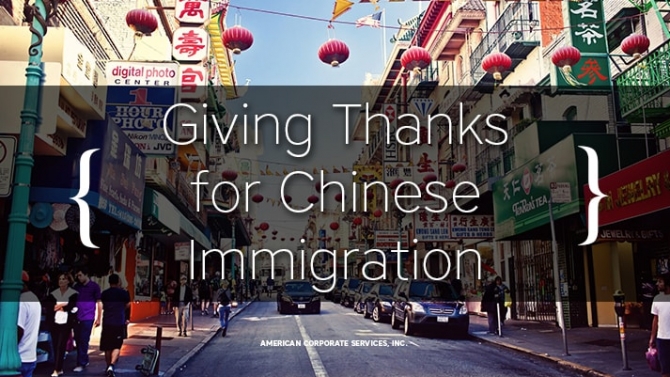 This is the time of year when Americans pause from our normal routines to give thanks for our many blessings. One of the things we should be thankful for is our Chinese immigrants and the visa programs that allow them to come to America, including EB-1C, E-2, and EB-5. The programs not only open a door of opportunity for the immigrants, but also benefit our American economy through the contribution of their skills and investments.

Many average Americans do not understand the entire immigration picture. The media at large has focused our attention through the lenses of illegal border crossings and refugee crises. However, there is much more to immigration than that. Especially where the Chinese are concerned. Here are some specific things about Chinese immigrants we all should be thankful for.

Join us this holiday season being thankful for the contributions of our Chinese immigrants and for all they have contributed to our country. They do not come here to be a burden on us. They come to make a better life. When they do that, they also help to make our lives better.

We give thanks for our Chinese friends. We invite you to join us.