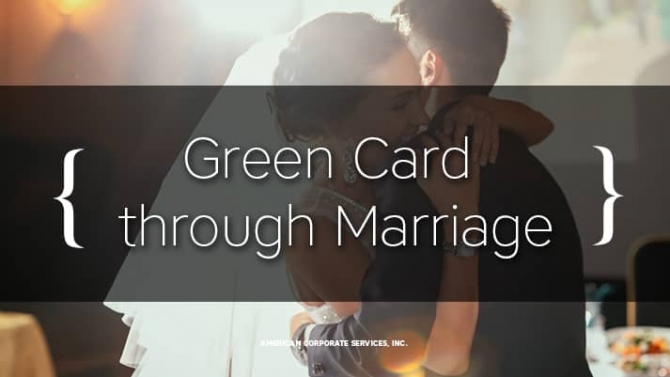 This means you have to be married with the same person who assisted you in getting your green card in the first place.

Sometimes this happens, sometimes it doesn’t happen – generally the safest way is to remain married to your husband or wife and you can apply together for the removal of your green card.

However, there are certain times when the marriage isn’t working out. Not anybody’s fault, it just isn’t working out, but you can still get a green card. What you should remember is try and be together as long as you can for a minimum of 6 or 8 months or if not a year, a year and a half. You should be collecting documentation that will show that you have been living together. Suggested documentation that should continue to collect and save would be joint bank accounts that are used, joint credit cards that are used, drivers insurance covering two people, drivers license showing the same address, health insurance covering two people, income tax returns for a two year period.

Now, all of this goes part of the way towards indicating that the marriage, while it lasted, was a valid marriage.

I don’t know what the logic of this is, but it is immigration law that states this.

In any case, the importance of marriage, maintaining the marriage during this period is extremely important and necessary.

Now, let’s say you marry somebody. Your husband or wife helps you get a green card. Three or four months later, you meet somebody else – maybe your marriage isn’t that firm. You fall in love with somebody else and you think, ‘well, I can divorce right away and my second husband or my second wife will assist me in getting a green card.’

The USCIS wants to be at least certain that your first marriage was valid, was a real marriage and… if it’s not, if it doesn’t last that long, you may have some problems.

In no case should you get divorced and marry somebody else too quickly with the expectation or the thought that its okay that the first marriage is not working out, the second marriage will be sufficient or will be enough to get me a green card. This is not the case.

Oh yes, another thing I wanted to mention was when should you marry?

Let’s say you come to the united states and you come on a visitors visa, a B1,B2 visa. Should you get married right away and apply for a green card? The answer is definitely no because if you come on a visitor visa, you get married too quickly, immigration department has the suspicion that you were lying – that your real intention was not to be a visitor, a tourist, but was just to get a visitor or a tourist visa to come over here with the intention of marrying somebody.

That’s considered dual intention and is considered to be a misrepresentation. So, if you are in the situation where you are coming over on a B1,B2 visa, and you have a boyfriend or girlfriend, my strategic advice would be don’t marry too weekly. Wait at least 60, even more, 75 days before you get married and then apply for a green card because if you get married too quickly before thirty days, the presumption is that you had intent to marry when you came over on a tourist visa.

More than thirty days is a lot safer but in my view not safe enough. My own advice to my clients is don’t get married before 60 or even better 75 days before you come. That would be the safest time to get married.

Now, how did you meet your husband or wife? There’s nothing wrong with meeting on the internet. Traditionally, the most common way you met your husband or wife was through parties, through friends, through church, synagogue, mosque but now the more common way most of my clients (I won’t say most, but many) meet on the internet and there is nothing wrong with this.

Immigration department officials know that this is the way people meet and get married so there is nothing wrong if you are on the internet looking for a Russian wife or a Chinese wife or a Russian or Chinese husband – absolutely nothing wrong with that.

They key thing when you do marry, however you meet your husband or your wife, the key thing is to make absolutely certain to try and make the marriage last as long as possible. These are the major difficult points which I think you should be aware of. I am happy when anyone consults with me to give them further advice or further information on specific situations but these are the key critical danger and difficult points.

Thank you very much.