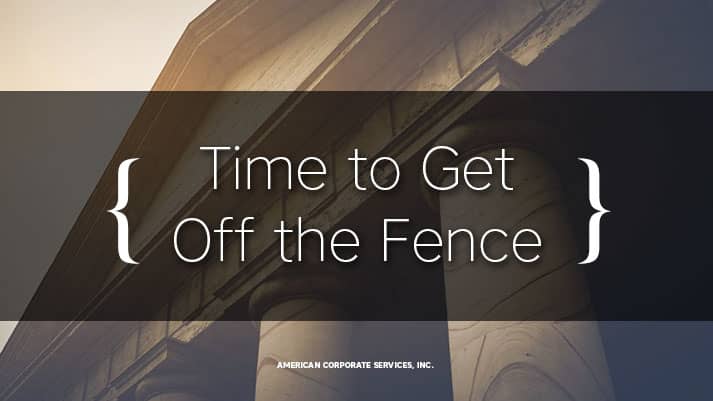 Time to Get Off the Fence

Sitting on the fence is to delay or avoid making a decision, not to commit oneself, undecided about something, to remain neutral when a choice is required.

Here is a brief summary of proposed changes:

With critical changes looming, and the April 28th deadline rapidly approaching, now may be the best time for EB-5 investment. January and February are typically slower months for the program, but speculation is that this year will be different, as many will want to “get off the fence” and invest in the current $500,000 level. What will you do?