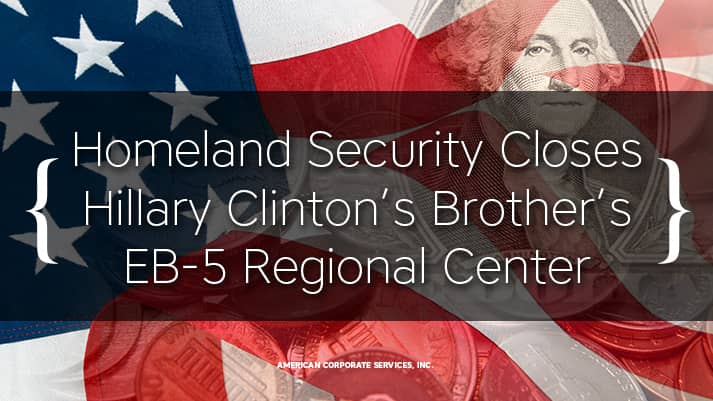 Given the fiasco that is the 2016 presidential election race, it seems somehow fitting that the Department of Homeland Security would force the closure of a Regional Center operated by Anthony Rodham, the brother of the Democratic Party’s presidential nominee.

The closure was not highly publicized, which is not a surprise, considering the parties involved.

There are only two reasons the DHS would close a Regional Center:

At this point, we can only speculate about why the Rodham’s RC was closed.

However, there is some underlying history and some indication that it is likely either the failure to promote economic growth or both.

The Daily Caller reported a series of factors that seem to shed some light on the matter.

We are reporting the known facts. Our readers can draw their own conclusions. It does appear, however, that alleged corruption in the EB-5 program is not always where the public might be led to believe it is.