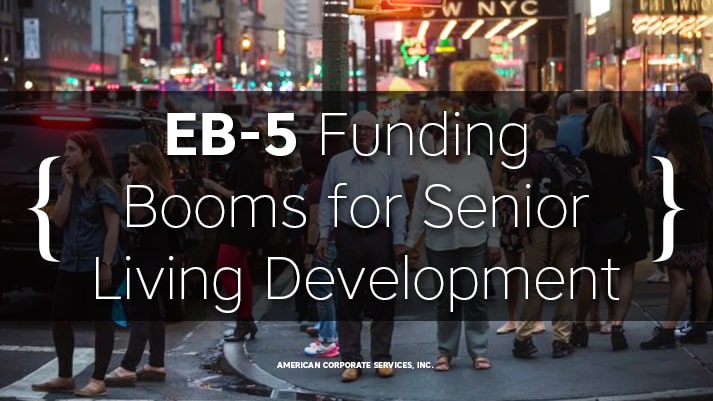 Immigrant investors are a growing funding source for senior living development by way of a government Green Card program that’s gaining ground in the United States. Millions of dollars in capital for senior living is being contributed by the Immigrant Investor Program known as EB-5.

A risk investment of $1 million dollars is expected from each prospective immigrant which must create or preserve ten full-time job in order for Green Card status. There’s also a $500,000 investment option targeted for rural locations or areas with high unemployment

The whole program is becoming more institutionalized and mainstream. Reid Thomas, executive vice president of sales and marketing at NES Financial, has been involved with more than 200 EB-5 transactions representing about $8 billion of capital. At least twenty of those projects have been for senior living-representing $300 million of EB-5 capital.

The EB-5 program operates through nearly 1,200 Regional Centers, which are businesses organized and regulated by the United States Citizenship and Immigration Services (USCIS) and approved to coordinate the foreign investments for projects in specific geographic regions.