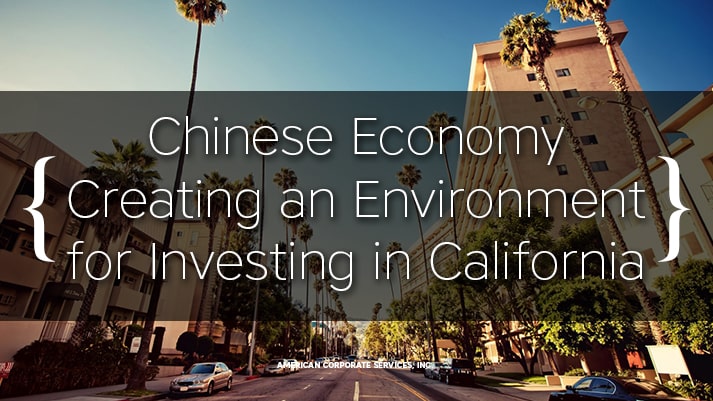 A recent survey of high net worth individuals in mainland China revealed that the two most favored cities in the world for investing in real estate are Los Angeles and San Francisco. Nearly 35% of all survey respondents selected these two cities, indicating not only a preference for investing in U.S. real estate, but, in particular, California real estate.

It is estimated that wealthy Chinese people spent more than $8 billion USD to acquire residences in California in 2014. That is three times more than individuals from the next largest spend by any other country (Canada).

In addition to the more traditional drives for Chinese investment and immigration to the United States, the Chines economy is rapidly evolving, so much so that its evolution is causing economic shock waves not only within the county, but in industries and stock markets all over the world.

One of the significant things happening within mainland China is that property values are beginning to increase at a healthy rate. This creates a seller advantage to reap a bigger return on their investment. In turn, that better positions them to invest their money in other countries, primarily in the United States and in California.

EB-5 is a highly favored immigration by investment program that provides a means of obtaining a Green Card in order to gain permanent residency in the U.S. The investment in an EB-5 project paves the way for HNWI Chinese to purchase a home, get their children into a U.S. college or university, and to enjoy the American and California lifestyle.