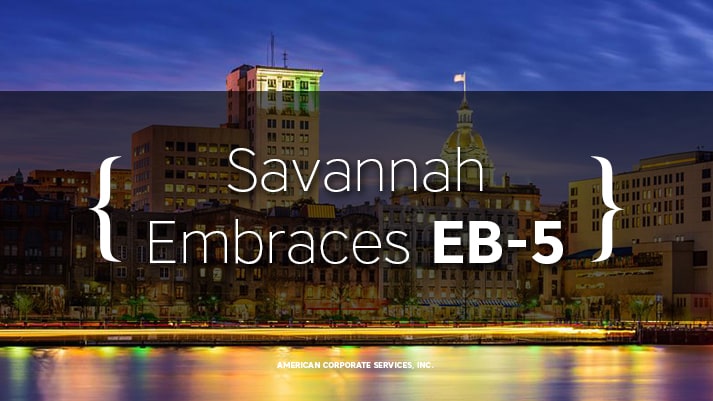 Brynn Grant, Vice President of World Trade Center Savannah, said that the WTCS pursued establishing an EB-5 Regional Center because, “EB-5 is a job-creation program that attracts capital to our market.” The unemployment rate in Savannah sailed above 12% in 2011, but declined to 6.1% in April of 2015, still above the pre-2008 economic crisis days when it was close to 4.0%.

The more meaningful statistic is that 9,108 people in Savannah were actually unemployed in November 2015. Those people don’t want to be a statistic. They want a job.

By encouraging EB-5 investment, the group expects several projects that are in the development pipeline will be able to come to fruition.