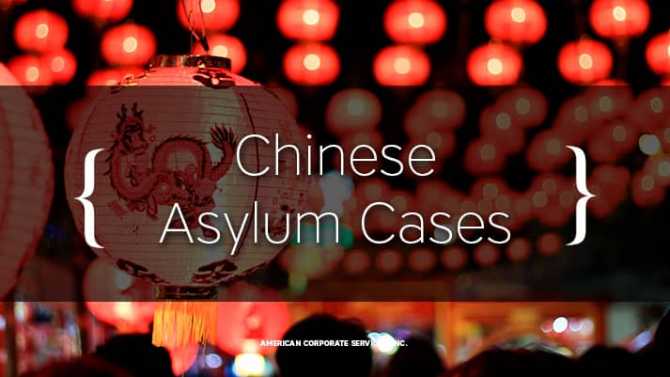 Ni Hao Ma again, I want to tell you some humorous stories about results that you never quite know are going to happen. First of all, a lot of losing cases in Chinese Asylum Applications are based upon amateurish non-professional presentation.

One common story is application for asylum based upon the one child policy, but if non-professionals will help the person prepare that story, you usually see one theme come across again: the woman was operated on, she had a forcible abortion but she wanted to try again for a child, she had a second pregnancy, she was caught, and put into jail and she escaped from jail.

She was able to open the window and jump out of the jail and run to a friend’s house and escape to the United States. Any time you come across a story how somebody escaped from jail, its likely to be a fake story and judges and asylum officer who are interviewing you know this. They know if a story, if the woman says she was able to jump out of the jail window, it’s an amateurish story and it’s not likely to be true.

These stories are almost never prepared by attorneys – an attorney knows this and attorney would never prepare a silly story about someone being able to jump out of a jail window (particularly a woman being able to jump out of a jail window). I’ve gotten a lot of cases from women who lost at the first level without a lawyer, or they had a consultant prepare the story for them and they used a silly reason like this. The first thing I do is read the story and point out what’s weak in the story and why they likely lost. Then I have to edit and make changes in the story and if the story is completely fake, I have to admit that a non-professional helped them prepare the story, the person knew that it wasn’t true but she followed the advice of a non-professional.