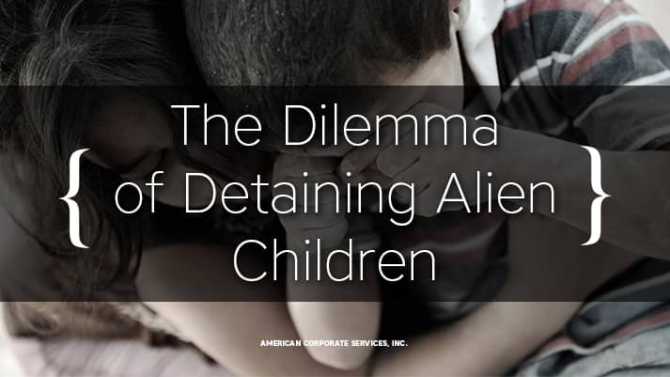 There is an uproar across the United States over the fallout from the government’s Zero Tolerance policy on illegal immigration. The particular concern currently is the separation of children from accompanying adults who have been caught crossing the border illegally.

We are witnessing a classic example of the dilemma of any human government attempting to a) protect the welfare and security of its own citizens, while b) appearing to lack compassion on innocent victims of the rules and regulations enacted to protect the citizens. This dilemma always exists relative to any nations’ immigration policies. Since September 11, 2001, and the so-called ‘War on Terror,” the problem has been exacerbated as the State Department, the Justice Department, and the Department of Homeland Security have attempted to enforced existing legislation.

The conflict between compassion and protection is like an army fighting against itself in the fog. Everyone’s intentions are good but otherwise innocent people can become victims of the inability to keep legislation fair and compassionate or to keep compassion controlled.

Laws are made to protect the innocent from the guilty. While the system may work well most of the time, it is unreasonable to expect it to work the way it was intended to work all of the time. Some person or some small group of people may suffer unintended consequences of the system working on a broad scale.

Currently, compassion hearts ache for children of accompanying adults who attempt to enter the United States illegally. The U.S. is not opposed to immigrants or immigration. However, there is a process that must be followed to immigrate legally. Crossing a border other than at an official U.S. Border Station is illegal. Persons attempting to cross the border illegally are subject to potential prosecution. When they are arrested, they are separated from their children – which would happen if they were arrested for robbing a bank. The children are relocated to special facilities operated by the

Department of Health and Human Services while efforts are made to place the children in the home of a relative, foster care, or another suitable place.

Is this hard on the children? Of course, it is. Again, it is no different than what the government would do for the children of otherwise criminal parents. The alleged parents are breaking the law. The overarching factor in the case of the criminal act or illegal border entry is that it is not one or two children, it is hundreds, and even thousands of them.

On the other hand, there are innocents like Kate Steinle, who have become victims of those whom the government failed to detain and to ensure they did not return illegally again.

We agree that the matter is one that can cause a great deal of angst, even for those not directly involved who are simply trying to deal with it on the basis of principle, whether that principle is protection or compassion.

If you or anyone you know is planning to come to the United States, please contact an Immigration Attorney to understand the legal process and receive guidance on how to enter legally. We encourage our readers to avoid the dangers on both sides of the border by seeking legal counsel before coming to the border. Doing so will also ensure that your family stays together.

Our Immigration Attorneys have over 100 years of combined experience and expertise. We are available to review your situation and advise you on the best and right way to handle your specific situation and secure the best outcome for you and your family.