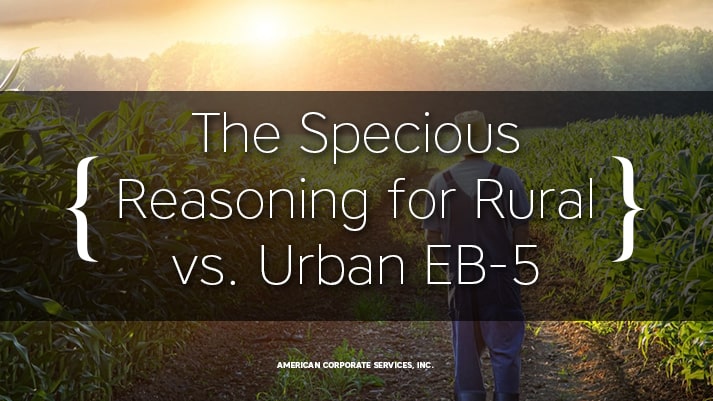 It seems that some opponents and some proponents of the EB-5 investment visa program believe that a reform is needed to return the program to its original intent of limiting investment money to rural Targeted Employment Areas. This thinking is well-intended, but specious.

The point of the EB-5 program is to promote private, individual foreign investment to create jobs and stimulate the U.S. economy.

The reason that EB-5 investments have seemingly drifted toward urban areas is because that is where the major projects are. It is also where the largest concentration of unemployed workers is. EB-5 has not drifted to urban areas. It has followed a natural course to where it is most needed and effective.

Does is really matter that there has been some occasional political maneuvering to create legitimate TEAs in urban areas? The answer is yes, it does matter, but that doesn’t mean that it is wrong. It means that the result is that the investments are going to the places they are most needed – where American cities are falling into ruin and American citizens are looking for work.

What do you think? Tell us on LinkedIn.