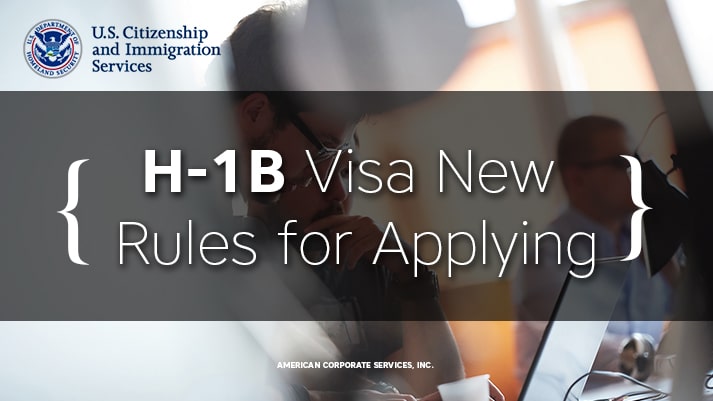 How Does the H1B Visa Lottery work? 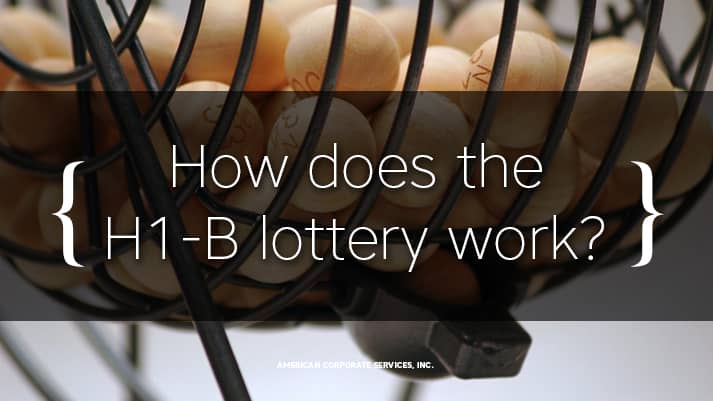 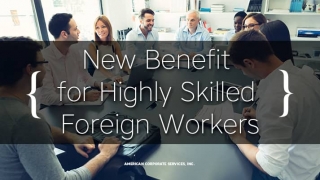 Some days it seems like all news about the status of U.S. immigration programs is bad news. When potential changes by the current administration to immigration policies or programs are discussed, the “Make America Great Again” platform can be easily misunderstood as anti-immigration. We do not believe that is the case.

Some areas of the immigration system are under scrutiny for justifiable reasons, particularly concerning illegal crossings of the Mexican-American border, sporadic instances of alleged fraudulent activity (by immigrants, sponsors, or project developers), or failure by the DHS to follow up on undocumented foreign nationals who have overstayed their visas. The latter group has been given a welcomed reprieve.

Prior to this month, foreign nationals working in the U.S. under visas categorized as “highly skilled workers found themselves in a difficult situation if they were to lose their jobs. The employer is typically the sponsor and applicant on behalf of the beneficiary foreign workers they wish to bring to the U.S.

Because the job was the reason for the beneficiary’s visa status, if the beneficiary is no longer employed by the applicant, the beneficiary would immediately have an unlawful status based on the rule of law as written. That created a hardship for the worker.

The USCIS has generally been understanding by offering a brief amount of time for the foreign national to find similar employment and to transfer the visa to a new employer. However, there has been no defined regulation regarding how long that amount of time would be.

Recently, the DHS has announced a new regulation that officially grants a 60-day grace period to allow the foreign national to seek another qualifying opportunity. Although 60 days is still a relatively short period in which to find new, suitable employment, it is, nonetheless, a positive development that indicates that the U.S. is not anti-immigration.

Once the non-immigrant worker finds a new opportunity, he or she may work in concert with the new employer to file a transfer petition. The grace period may be used multiple times if necessary. Each period is limited to 60-days with no accrual of unused days from previous grace periods.

Although the grace period may be denied in instances of unauthorized employment or criminal activity, we believe that caveat is reasonable.

The good news is that at least one concern and risk for highly-skilled non-immigrant visa beneficiaries has been reduced. That is good news, indeed, for the foreign national worker, his family, and the United States of America. 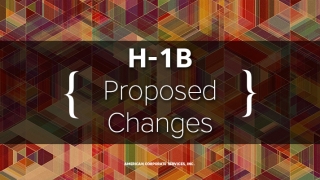 There is an old axiom that the only thing constant is change. Why is it, then, that so many people get so concerned when changes happen or, in the case of politics and bureaucracy, are proposed? The Department of Homeland Security has announced several proposed changes to the H-1B Visa program.

Some of the proposals are still in the idea stage, so no details are available.

At American Corporate Services, Inc. we continually advise our clients to seek out details diligently before jumping to conclusions. In fact, one of our priorities is to ensure that our readers and clients can understand how changes may – or may not – affect them.

The broadest, best advice we can share regarding potential changes to the H-1B Visa program are:

What Are the Proposed Changes for H-1B?

One additional point of change may reflect no difference at all from a practical perspective. That is concerning potentially rescinding the International Entrepreneur Rule. We may devote some further commentary on this in the future. However, what is essential to understand at this time is that the IER, originally scheduled to take effect in July 2017, has been slowed by the change in administration. If canceled, it should have a minimal impact.

Change is inevitable. Some modifications may come to the H-1B Visa program. Not all change is bad. We should not suppose that any or all change to the H-1B program will be good or bad until we know to a certainty what those changes are and how and when they will be implemented. 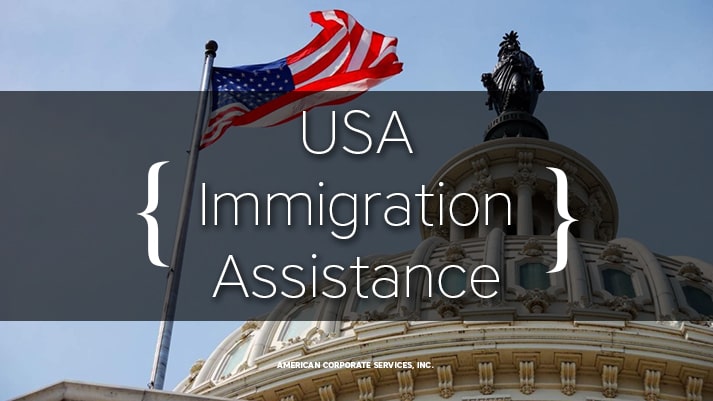