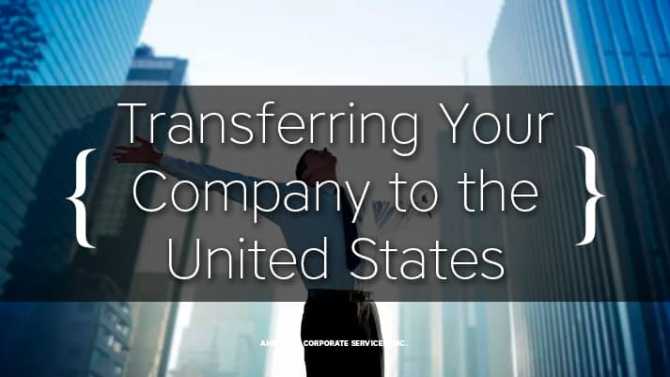 They transfer you to open up a new branch or to open up a new office in the United States and you can apply for what’s called an L1 Visa. This can usually lead to a green card if the company is successful.

One of the things that you should always remember if you are applying or considering or an L1 Visa: you must be an employee in an executive position of your company in Russia or in China; the company must be transferring you to open up an office, to start an office, and the company must be a successful company. If you have a grocery store in China, that’s not going to get you an L1 Visa.

Your company in China or in Russia must be a large, successful company with many employees, with profits that can be indicated by bank accounts, money in the bank and by paying income taxes. If you’re thinking about opening your own company and applying for an L1 that probably will not work out. The best way to do it is if your large Chinese, Russian or Ukrainian company transfers you to the United States to open up an office.

If you succeed, you’ll usually be given an L1 for 1, 2 or 3 years. It will be a temporary L1 because USCIS wants to see how well your company is doing.

If your company is not succeeding very well, if it’s not increasing its income or its number of employees it has, generally the application for an extension of the L1, there’s a good chance it will be denied because the company has not thrived in the United States, so to speak.

If you’re thinking about an L1, think ahead and plan ahead – don’t just plan for 1 year or 2 years, plan ahead for the likelihood or the definite possibility that your company will be successful and that you will be hiring several or numerous other people. If you’re opening up your own company and there’s only one person, (you) or two people, (you and the secretary) plan ahead so that in one year or two years you’ll have 4 or 5 others that you’ll be supervising and your bank account for the company in the United States will be growing.

Once again, the important thing is that the company that transfers you must be a successful company – you must have had at least one years experience in an executive position or a technical position and the company must be transferring you to open up an office here in the United States. It helps if the company can be incorporated although partnerships or sole proprietorships can also sponsor the L1. In my experience, I usually encourage the Russian or Chinese company to set up a corporation – either in Delaware or in California so that the new company will be a corporate company.