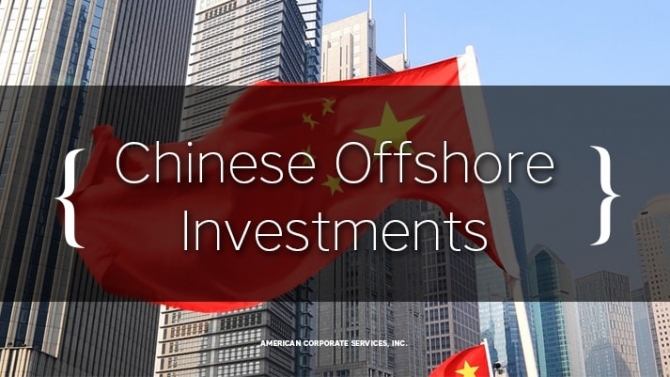 In an effort to stabilize the slumping Chinese economy against the world markets, the CPC began devaluing the RMB. One of the results of that effort to stimulate the economy is that it also reduces the value of the assets owned by Chinese citizens in China. Because the devaluation is measured in percentage, every person is, theoretically, affected equally. However, there is an old saying that you can’t deposit percentages in the bank.

Since the devaluation is versus the U.S. dollar, savvy investors seek to protect their assets by moving them offshore. Now, you can’t move a house in China to another county, but an investor can rearrange his assets by acquiring real estate in the United States as a hedge against continued losses that are the result of currency devaluation alone.

A recent survey indicates that “more than 60% of China’s richest” people plan to increase their holdings in overseas assets by the end of 2017. Some 47% of Chines HNWI have already moved over 30% of their assets, primarily to the United States, Hong Kong, Canada, and the United Kingdom. In the period ending March 2015, approximately 209,000 homes in the U.S. were sold either to investors living outside the country or to new immigrants who had lived in America less than two years. That figure includes $28.6 billion from China, more than a quarter of foreign investment in the U.S.

It just makes sense. If you were a Chinese HNWI, what would you do?

Our immigration and investment expertise is available to you in Dr. Finkelson’s ground-breaking book that was published in 2014, How to Find Chinese Investors, Agents & Clients for Your EB-5 Projects & Services. A Practical Guide for Regional Centers, Attorneys, Developers and Businessmen.