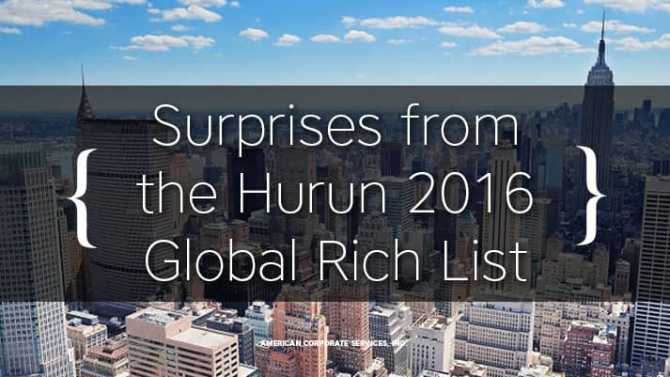 The Hurun Institute published its annual Rich List on February 24th. The report always contains amazing information – much of which would surprise the average global citizen. Here are a few items from the report that might surprise just about anyone.

What are the takeaways? You decide.