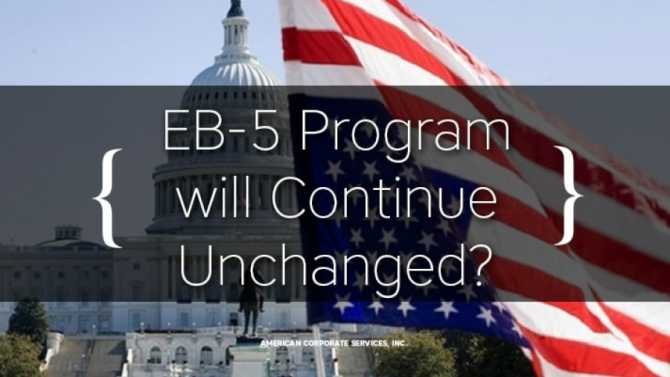 The situation continues to be fluid as we monitor U.S. congressional action on the approval of the spending bill currently under discussion. The latest news we have from our sources is that the proposed reforms to the EB-5 structure and process being considered in the legislative body will not make it into the spending bill.

That means that, once again, Congress will pass an omnibus bill that will move the expiration date of the EB-5 program and several other government projects out to September 30th of this year. The omnibus bill, like the several others that have preceded it, simply keep the programs funded as is “to keep the government going.”

What does that mean for potential EB-5 investors? It means that the EB-5 program will continue unchanged until September 30th or until an Immigration Reform bill is passed, whichever comes first. This means that potential investors could have up to six months of uncertainty regarding when changes will be made.

However, the Department of Homeland Security and the USCIS could choose to implement new regulations as a bureaucratic action. The DHS issued proposed rule changes for public review on January 13, 2017. The Secretary of the DHS is allowed by law to amend certain immigration regulations and “to administer and enforce the immigration and nationality laws, including establishing regulations as the Secretary deems necessary to carry out his authority.”

Because the Office of the Federal Register indicates that federal agencies can begin administering a final rule within 30 to 60 days, it is possible that the DHS could implement the increased investment amount (and other clauses) in the proposed rule at any time, leaving investors scurrying to avoid the increase with little or no practical time to begin the process.

Therefore, ACS, Inc. strongly urges anyone considering entering the U.S. via the EB-5 process to contact us immediately so that we can get ahead of the curve and ahead of the crowd of applicants that is certain to increase dramatically ahead of any change.