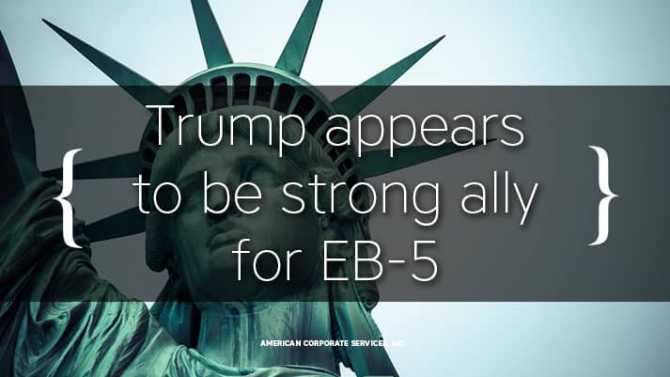 Cheers could have been heard from Chinese investors upon the news of Donald Trump’s victory in the U.S. presidential election. Trump’s election win had an immediate positive effective on Chinese investors.

According to Forbes, 53% of real estate investors are now more positive about U.S. property.  A survey conducted immediately after the election was comprised of 500 mainland Chinese citizens. It showed that only 16% of those polled are less likely now to buy in the United States. Despite any anti-China rhetoric, the majority of Chinese citizens are quite happy with the election.

Trump is no stranger to the EB-5 program. Kushner Cos., who is led by his son-in-law, Jared Kushner, raised $50 million in EB-5 funds for a 50-story luxury apartment tower in New Jersey. Trump himself is not involved in the financing aspect, but will license his name out to the EB-5 project.

Trump knows that the EB-5 program is an economic development tool that comes free to the tax payer. And a job creator, which was one of the cornerstones of his campaign. These points would certainly make you believe that Donald Trump will be good for the EB-5 program.