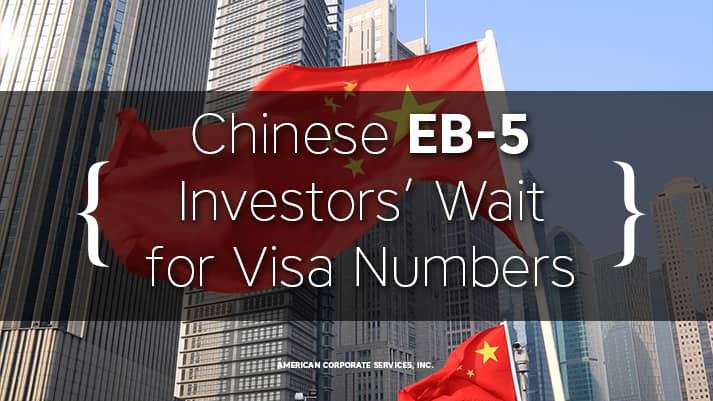 Approximately 10,000 EB-5 immigrant visas are allocated annually to alien investors, their spouses and qualifying children. After an investor files for an I-526 the wait time to receive a visa number could be at least six years. The investor is allocated an EB-5 visa according to the order an I-526 was filed.

U.S. law limits each country a maximum of seven per cent of the total number of EB-5 immigrant visas available each fiscal year beginning October 1. Until fiscal year 2015, the annual quota was not reached, and applicants born in mainland China have tended to use approximately 85 percent of the numbers. (See Report of the Visa Office 2015, Table IV Part 4, reflecting that mainland China born immigrants accounted for 7,616 of the total 8,773 EB-5 visa numbers issued).

To figure out how many people are in the queue for visa numbers two sets of people need to be added together: those who have filed petitions and are awaiting adjudication, and those with approved I-526 petitions who are awaiting visa number allocation.