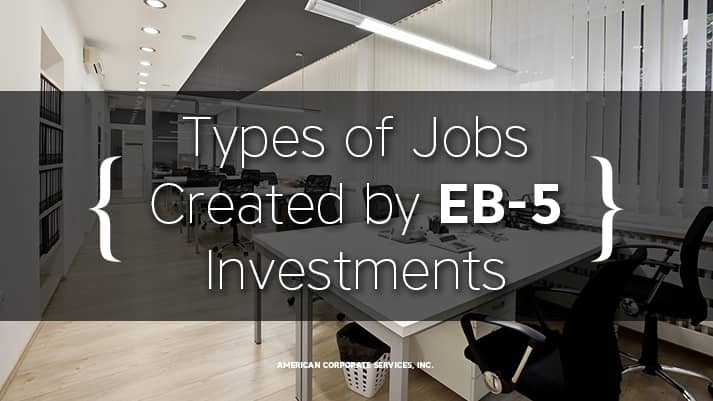 In the new EB-5 commercial enterprise for qualified U.S. employers, a direct job is an identifiable and actual position. A work week consists of thirty-five hours, must be considered full time, and be at the business in which the investment as made. An alternative to a full-time position is a job-sharing option (which may not consist of multiple part-time positions). Senior living facilities are likely to create numerous direct jobs.

Induced jobs are those in the community in which the regional center is located. The induced jobs comes because of increased spending by population as a result of EB-5 projects. New induced jobs counted within the geographic scope of the project, but those new jobs create a “ripple effect” throughout the economy of the United States.

Seniors who move into an assisted living facility pay monthly sums for lodging and care, which provide salaries for the facility’s workers and suppliers. These individuals use their compensation to purchase goods and services, which creates the ripple effect.

Indirect jobs are those created in businesses that are associated or affiliated with an EB-5 Regional and are typically created within businesses that supply services or goods to the EB-5 project in question. Jobs associated with a construction project are a great example of indirect jobs. Actual construction jobs resulting from the project will only be counted as indirect jobs if the construction can be shown to require two years or more to be completed. Even for projects of shorter duration, however, the purchase of building and construction supplies, and other construction-related expenditures are treated as economic “inputs” leading to the calculation of indirectly created jobs.