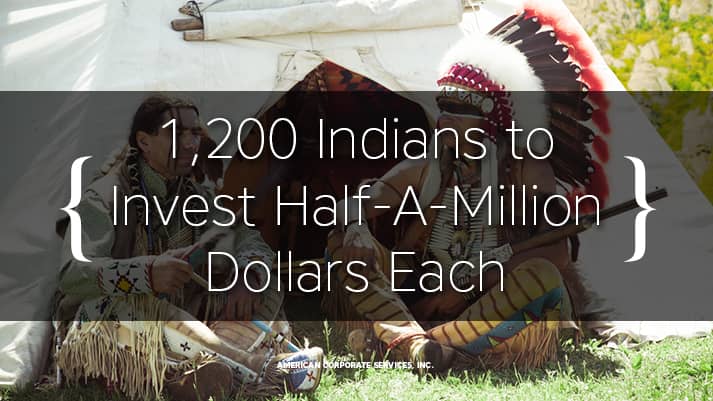 1,200 Indians to Invest Half-A-Million Dollars Each

A U.S. government plan to increase the investment that foreigners must shell for an EB-5 visa has caused quite a scramble. To migrate to the U.S. about 1,200 Indians have begun to queue up money to “invest in the U.S. and get a green card according to immigration consultants.

Non-Americans have a chance to invest and live the American dream through the EB-5 Immigrant Investor Program. Although the doors are still open for high skilled migrants through student and job visas, Uncle Sam is now looking for well-heeled foreigners who can invest in the U.S. industry.