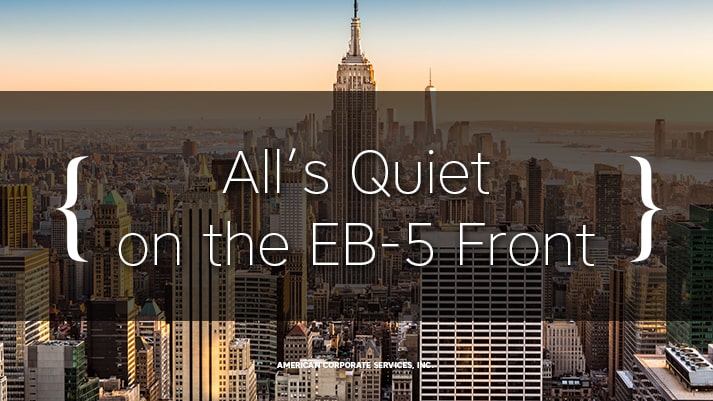 There has not been a lot of news about EB-5 lately. Even with immigration a hot topic in the presidential primaries, it is difficult to find anywhere where any candidate has addressed the issue.

The obvious pain points with immigration are:

If nothing else, it ought to remind our readers that the number of people concerned about either the preservation or reform of the USCIS investor visa program is much less than we would like to think. It is probably going to continue that way throughout the election year. According to Govtrack.com, here is the prognosis for each of the EB-5-related bills currently in Congress:

Despite all of the publicity in 2015 to the contrary, the reality is that expecting any major EB-5 reform in 2016 is unlikely. That is not necessarily a bad thing, particularly when it comes to modifying the minimum investment.