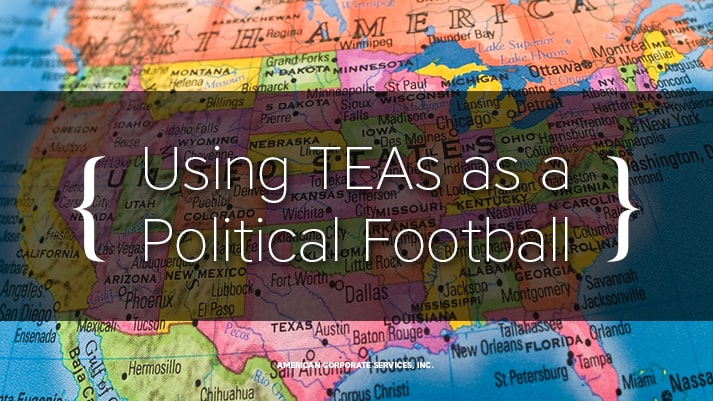 What constitutes Targeted Employment Area has become a stumbling block for the USCIS EB-5 investment visa program because it is being used as a political football. Representative John Conyers, Jr. (D-MI) inadvertently exposed the real source behind the TEA controversy in a House Judiciary Committee meeting on February 11, 2016.

He correctly explained that TEAs were intended, “To help incentivize investment and job creation in rural or high unemployment areas.” The minimum EB-5 investment is $1 million, unless the project is in a TEA, in which case, the minimum is only $500,000.

He also correctly posited that some projects are in TEAs in “affluent areas that qualify as TEAs only because of gerrymandering.”

The question is whether that is a bad thing or a good thing. Gerrymandering has acquired a negative connotation since the War of Independence. The fact is that, like nearly anything else, the practice of gerrymandering can be used for both bad and good. So, by using the term “gerrymandering,” the honorable representative tinted his presentation with a shade of gray.

The truth was exposed when he said, “This practice has been strongly criticized by the Leadership Conference on Civil Rights. As the Leadership Conference points out, it is not enough to have development in more affluent areas where low-income workers might commute to because the projects will still leave ‘these communities of concentrated poverty no better off in terms of development and infrastructure after their conclusion.”

The Leadership Conference is a lobbying group that advocates for “progressive change,” a political euphemism used to advocate socialism in the name of equality. That is a social scheme that allows me to have what you have, but without working for it.

We humbly submit that their position is opposed to economic prosperity, in favor of redistribution of wealth, and that the EB-5 program is not, nor should it be, a civil rights issue.