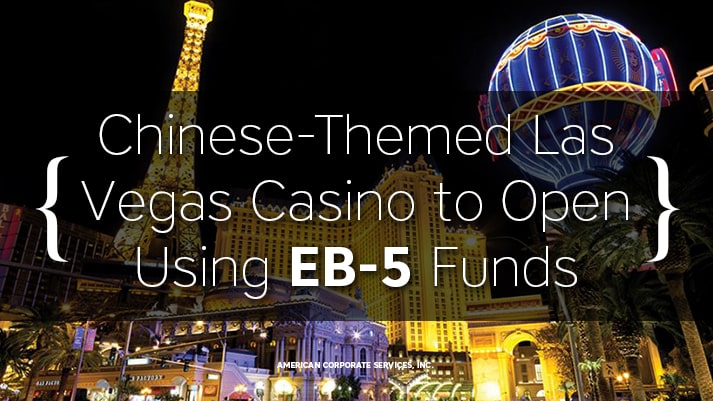 The Lucky Dragon Hotel & Casino, an Asian-themed gaming and entertainment venue, is set to open in Las Vegas on December 1, 2016. The original financing package for the $373 million project included $60 million in EB-5 funds.

In order to secure the full funding necessary to satisfied the covenants of its primary lender, First Foundation Bank, the Lucky Dragon project is seeking additional tax increment financing and/or another $25 million in EB-5 funding.

In November 2015, there was some indication that the project might have to be delayed, but as of January 20, 2016, construction was continuing with fitting out the hotel interior and enclosing the hotel tower in glass. The next phase has begun with pouring the decks for the casino and entertainment areas.

Staff at the Lucky Dragon will be multi-lingual as an amenity for the Chinese guests the project hopes to attract. When complete, the complex will feature five restaurants, a 19,000 square-foot casino with 350 gaming machines and 48 tables, four lounges, retail space, a pool and spa. Interior and exterior signage will be in English and Chinese.

This is obvious acknowledgement and recognition of the influence and impact of Chinese investment, immigration, and tourism in the U.S. and in Las Vegas.