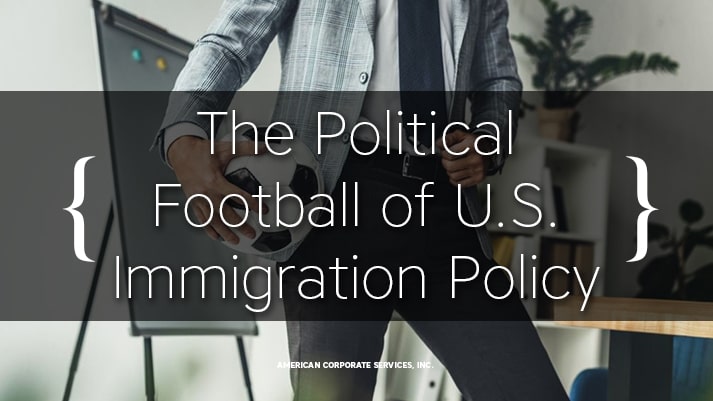 Election-year politics and refugees from the Middle East have replaced EB-5 as the political football of U.S. Immigration policy. Although the broader topic of immigration reform is up for debate among presidential candidates, the topic of EB-5 is rarely, if ever, discussed in debates or town halls, political rallies or caucuses. It follows that, if EB-5 is not a campaign issue for the candidates, neither is it a concern for the public at large. (The truth is that it probably never has been, despite its high profile as a topic of great interest for those involved in the governing and business of immigration.)

This is a good thing for EB-5.

It is generally acknowledged that the entire Congress wants immigration reform. It is equally noted that most senators and representatives are in favor of EB-5 reform. However, with the debate clearly focused now on what to do with refugees and illegal immigrants, EB-5 is continuing to operate under the radar as it continues as-is as part of the congressional omnibus spending bill until September 30, 2016. It remains highly unlikely that any immigration reform of any kind will happen before that date. It is also likely that no reform will be enacted prior to the November election or even the inauguration of the next president in 2017.

Sure, there are things about the EB-5 program that could be improved, but we must remember that most improvements create new problems.

For this reason, delay is a good thing for EB-5.

The good in all of this is that everybody knows that the program is not imminently about to change. Everyone can breathe a sigh of relief. Although hoped-for fixes to broaden access to and decrease processing time of EB-5 will not occur in the near future, that also permits all participants to proceed with a calm and confident approach because they are not having to concern themselves with potential changes. At this point, potential changes do not exist. It is business as usual.

That is a good thing for EB-5