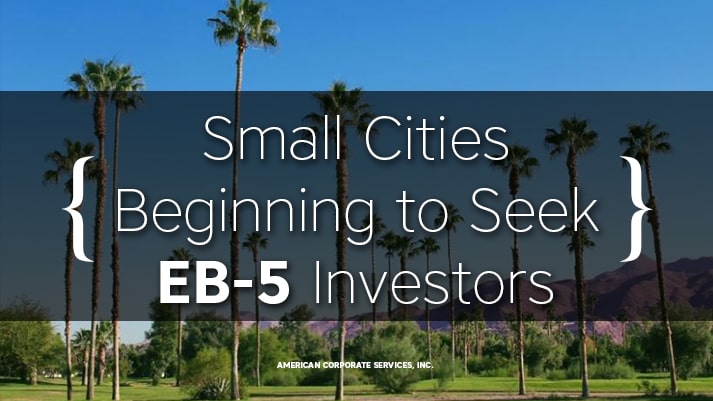 This may be an indication that smaller communities around the U.S. are beginning to awaken to the potential of courting EB-5 investors to stimulate their economic growth. If the EB-5 investment immigration program could get more traction in smaller communities, much of the criticism of the program would be squelched.

Also, the city is promoting usable land at competitive prices and an excellent educational system, including four colleges within the county, both of which are of significant interest to EB-5 investors.

We encourage other municipalities to envision the potential of the EB-5 program for their own economic development.