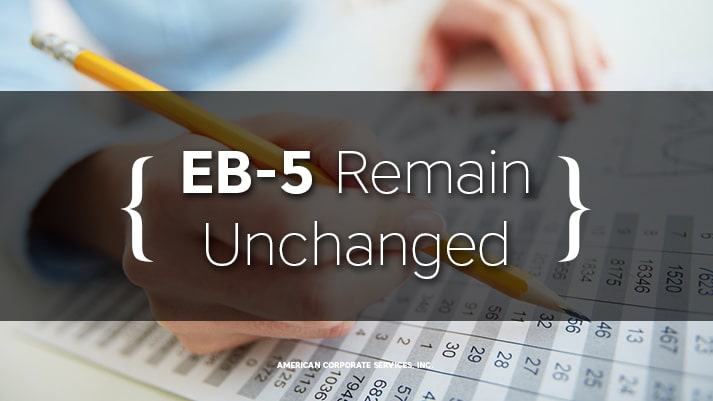 As we have been expecting and reporting, Congress has passed another omnibus spending bill to fund certain federal programs until September 30, 2016. Whether what Congress has done is fiscally responsible or, on the other hand, necessary because of so-called legislative gridlock, is unclear. What is clears is that the topic of our concern, the EB-5 investment visa program, will continue to receive federal funding to continue “as is.”

In other words, all of the anxiety concerning the potential demise or reforms to the EB-5 program, has been for naught. What may happen during the 2016 congressional calendar remains in doubt. While the election of Paul Ryan seems to be a ray of hope for dispensing with the gridlock, a presidential election year is not a time to expect issues like EB-5 to be a top priority, despite immigration being a hot topic in a broader sense. The likely focus on immigration will continue to be about how to address the illegal alien situation and concerns over vetting refugees.

CAVEAT: There is one possible bump in the road.

That bump is the Department of Homeland Security. DHS Secretary Jeh Johnson indicated earlier in 2015 that if Congress did not increase the TEA investment from $500,000 to $800,000, the USCIS would do so by regulation.

We leave decisions in the hands of our elected officials in hopes that they will represent what we desire or what they believe is best for the country. Bureaucrats tend to make decisions based on what is best in their own interest.

We are, no doubt, at an important crossroad once again.