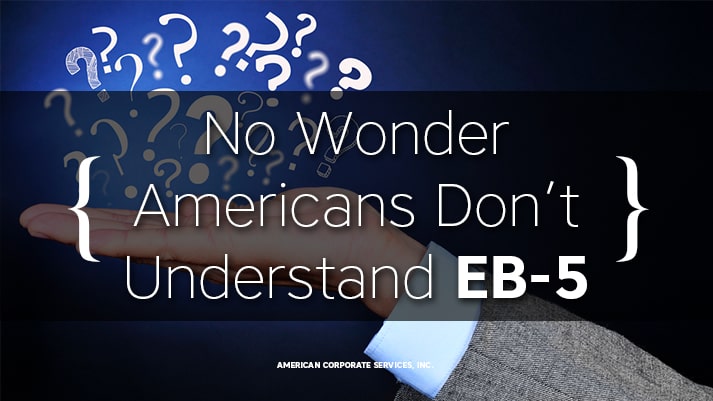 In a nutshell, many Americans believe anything they read. And many of them have no idea if what they are reading is factual. This is the same country that elects leaders based on entitlements they promise, whether it be cell phones or healthcare.

Some people read articles like the one that appeared on the Vocativ website on December 18th, entitled, “Want A U.S. Green Card? Bring $500K to the Border.”

The title is not the only erroneous, uninformed, or ignorantly biased part of the article, but it is a portent of what is to come. Foreign investors are referred to in the story as “interlopers” and “blow-ins.”

The article also says that “EB-5 investors in the U.S… are subject to the same security screening as applicants in any other visa category.” If you are reading this, you probably know that is patently false. The truth is that the EB-5 vetting process is far more stringent that most other visa categories, yet EB-5 constitutes only one percent of U.S. visas issued annually.

It seems that Vocativ’s real complaint is that the half-million-dollar investment is too low in comparison to France’s program which requires $10.8 million. The fact is that almost every country’s investment visa programs are require significantly less investment.

The authors have completely missed the purpose and intent of the program and reported nothing about the positive impact of it on the national economy and workforce.

The real danger with EB-5 is the ignorance of people who write about it, but do not understand it.