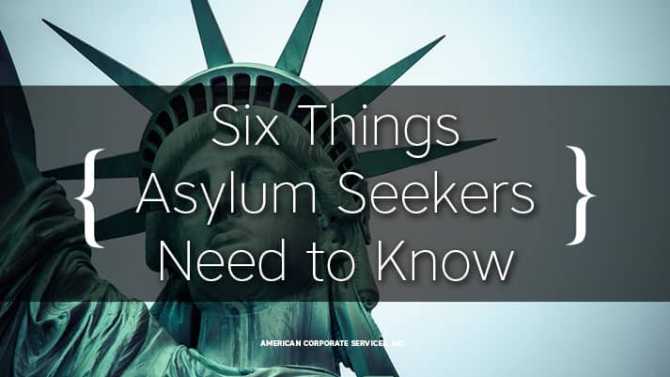 Immigration and asylum can be confusing for families seeking refuge in the United States. They come in “tired, huddled masses” hoping to find freedom under the light of Lady Liberty’s torch.

Refugees in flight rarely have any idea of the legal processes governing immigration and asylum at their chosen destination. Their pressing need is to escape whatever persecution or situation they fear in their home country.

The United States continues to be a safe haven for the world. Some arrive at our borders only to be confounded by the need to prove to a uniformed stranger why they should be granted asylum. Others, perhaps a bit more aware of the system, find ways to enter the country at places other than controlled border crossings. Sooner or later, they, too, will need to apply for asylum to remain in the U.S.

Asylum is a Process

Whether requesting asylum at the border or as an undocumented resident, asylum is not granted by a simple “yes.” One must apply. The application begins a process that, hopefully, results in approval.

The Asylum Seeker Has To Live Somewhere

This could be the biggest obstacle in the asylum process. Although some asylum seekers may be permitted to reside temporarily in the U.S., whether the applicant is already a resident or is applying at the border, they may be subject to detention.

What Happens When Someone Receives Asylum?

The process may take a while, but the result is that, once an applicant has been granted asylum,

Once granted a Green Card,

Regardless of your current status, your situation is not hopeless. Because that number includes both affirmative and defensive applicants, those who seek the advice and representation of legal counsel have a significant chance of success.